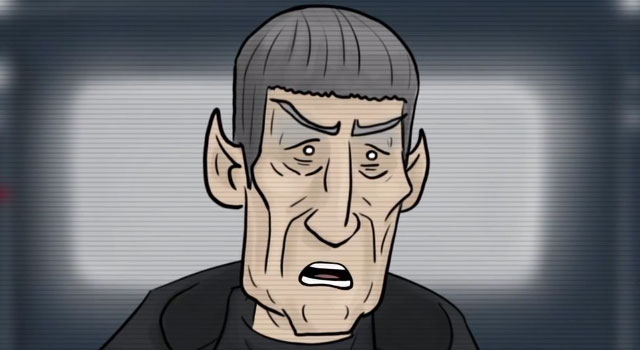 Just in time for the digital release of the film on iTunes, the hilarious folks over at Screen Junkies have unveiled a re-cut version of the Star Trek Into Darkness trailer. The five-minute video calls out many popular criticisms of the film — including the portrayal of the female lead characters, the overuse of lens flare, and the numerous references to Star Trek II: The Wrath of Khan.

The trailer features animation from How It Should Have Ended (HISHE).

Check out the video after the jump. For fans of Star Trek – Star Trek Into Darkness was one of the summer’s biggest let downs. We boldly go and revisit the action-packed tale of lens flare, over-recycled Trek cannon, and frozen torpedo body nonsense.