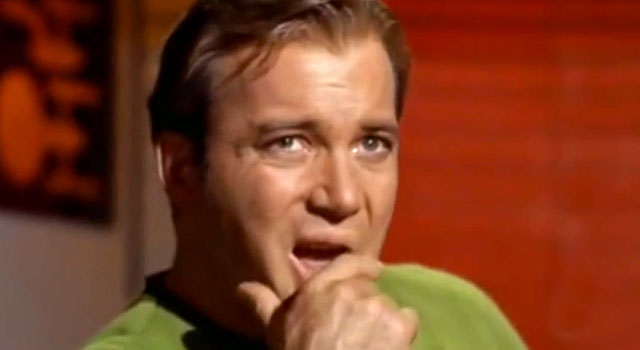 Dressed in a latex bra and thong, Miley Cyrus caused some major commotion during a controversial performance of “Blurred Lines” at the MTV Video Music Awards, last Sunday.

The twerk-filled stage show by the former Disney star was so bizarre, it even turned a few heads as it was beamed aboard the USS Enterprise.

Check out the video, created by Youtube user AriesHeadFilms, below.

Special thanks to Marcus La Croix for sending this our way.