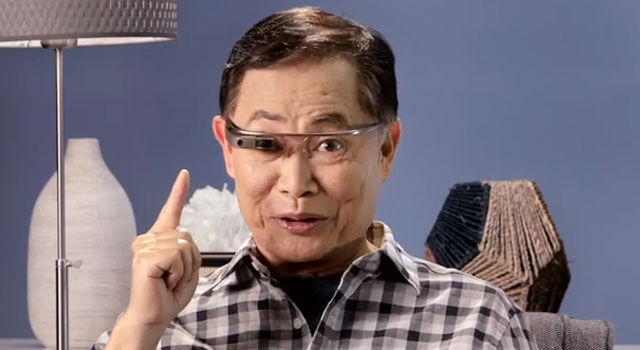 In the premiere episode of George Takei’s new web series Takei’s Take, George looks at Google Glass — a wearable computer with an optical head-mounted display being developed by Google. The episode is co-hosted by technology reporter Lamarr Wilson.

The series, which is made in association with AARP, will star Star Trek’s original Hikaru Sulu as he reviews the latest in consumer technology with viewers over 50 years old in mind.

The first episode hit the web last week and at the time of this writing has been viewed more than 50,000 times.