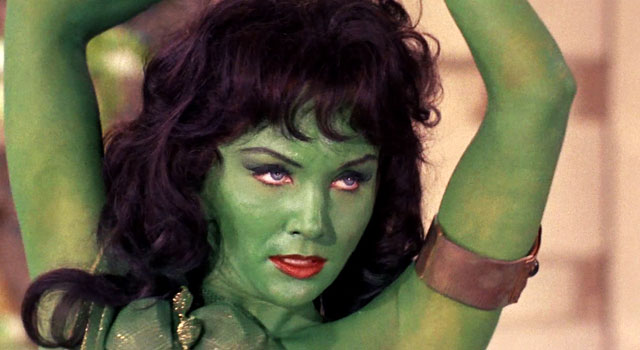 A new Star Trek-centric feature-length documentary, you may not be aware of, is currently in development. The focus of the film isn’t the phenomenon of Star Trek franchise or its creator Gene Roddenberry — the documentary, The Green Girl, looks at the career of the actress and the original Orion slave girl (from the episode “The Cage”), Susan Oliver.

Directed and produced by George Pappy, the film has been in development for over two years and according to the Indiegogo page, includes more than 40 interviews with Oliver’s friends, family and co-stars — including Lee Meriwether, David Hedison, Roy Thinnes, Kathleen Nolan, Nancy Malone, Gary Conway, Monte Markham, Celeste Yarnall, Peter Mark Richman and Rosey Grier.

In order to complete the film, Pappy is asking fans to contribute to the project’s Indiegogo campaign, which runs until November 30th.

According to a press release, the finished film is slated for release in February 2014.

Check out the teaser trailer, below.