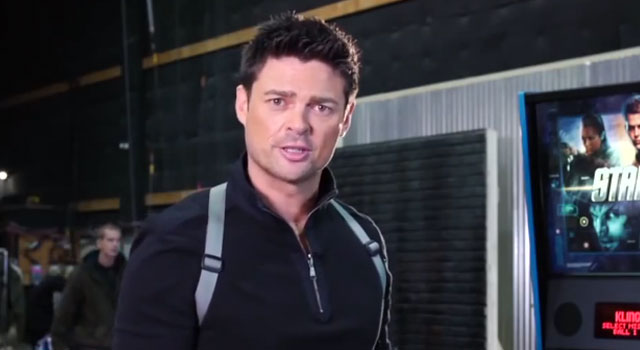 Karl Urban, who reprised the role as Leonard “Bones” McCoy this summer in Star trek Into Darkness, is featured in a video to promote the new Star Trek pinball game by STERN Pinball, Inc.

According to the STERN Pinball’s website, the game is inspired by the Star Trek and Star Trek Into Darkness and puts players in the chair of Captain Kirk, as he and the crew of the USS Enterprise protect and defend the planets of the Federation against Khan and the USS Vengeance.