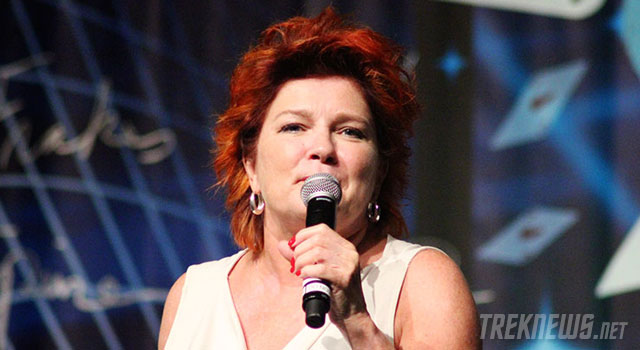 Kate Mulgrew, the actress who played Captain Kathryn Janeway in Star Trek: Voyager, is set to pen her personal memoir.

Earlier this month, Little, Brown and Company announced the deal with Mulgrew, who currently stars in the Netflix original series Orange is the New Black.

Mulgrew, now 58-years-old, will tell the story of being an unmarried mother, giving up her daughter for adoption at the start of her career, their reunion in 2001 and “the costs and rewards of a passionate life.”

The book is currently untitled and is scheduled for a May 2015 release.