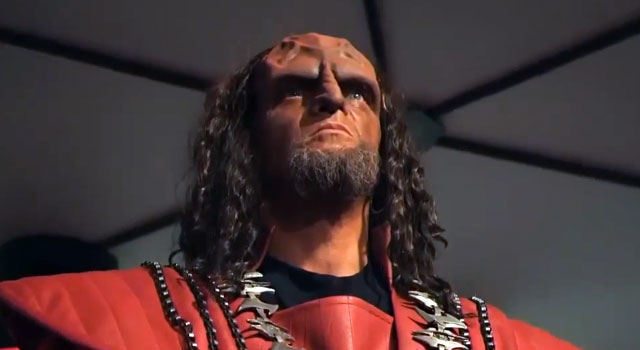 The latest episode of the highly-respected fan-series, Star Trek: Phase II, has been released.

“Kitumba”, a two-part story draft for the ill-fated Star Trek: Phase II television series in 1977, was rewritten into a single episode for the fan-made series. Much of the episode takes place on Qo’nos, the Klingon homeworld. The Phase II website notes that members of the International Klingon Federation donated their time for the on-location shoots in Fort Ticonderoga, New York.

The hour-long episode bridges the gap between the Klingons seen in TOS and those seen in the feature films.

Check out the entire episode below. In this article:Fan Films, Klingon