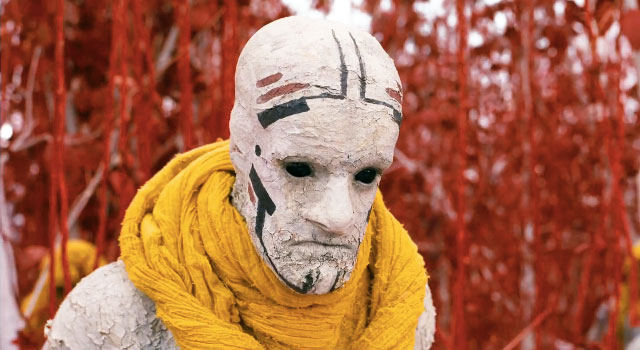 WATCH: Behind The Magic of ILM's Visual Effects Work On 'Star Trek Into Darkness'

Industrial Light and Magic, the company who created the visual effects for J.J. Abrams’ Star Trek Into Darkness, has released two videos in which they show off some of the work they did to create the world of Nibriu, the “red planet” and the ultra-detailed CGI sets, seen in the film.

The second video includes comments from ILM’s Visual Effects Supervisor Roger Guyett and Animation Supervisor Paul Kavanagh, as they discuss the process that went into the creation of the film’s spectacular visuals.

ILM has recently worked on other blockbusters feature films, including The Avengers, Pacific Rim, and The Lone Ranger.

“Star Trek Into Darkness” contains over 1600 visual effects shots, created by Industrial Light & Magic, Pixomondo, Atomic Fiction and Kelvin Optical Inc. In this reel, we’ll take a look at ILM’s work which encompassed virtually every tool and discipline in our effects arsenal.

The opening sequence sequence of “Star Trek into Darkness” is a great example of the varied visual effects challenges faced by ILM: large digital environments (with plenty of organic elements), creatures and digital doubles, animation, ships and a tremendous amount of simulation work (lava, smoke, water, etc.) Here we explore what it took to create the “Red Planet”, Nibiru for “Into Darkness”.