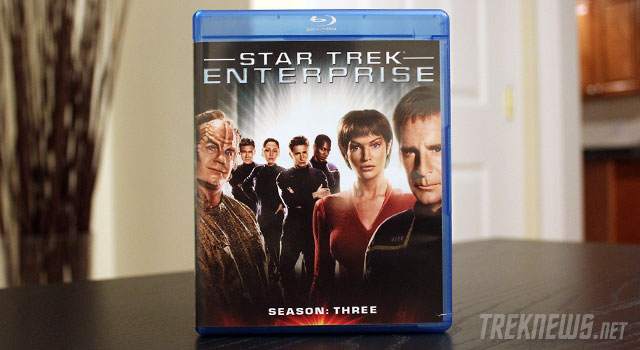 The third season of Star Trek: Enterprise on Blu-ray hits store shelves today. Largely because of the overarching Xindi story-arc, the third season is arguabley the best of the entire series. Scott Bakula, John Billingsley, Jolene Blalock, Dominic Keating, Anthony Montgomery, and Linda Park all return for the season, which originally aired in 2003 and 2004. 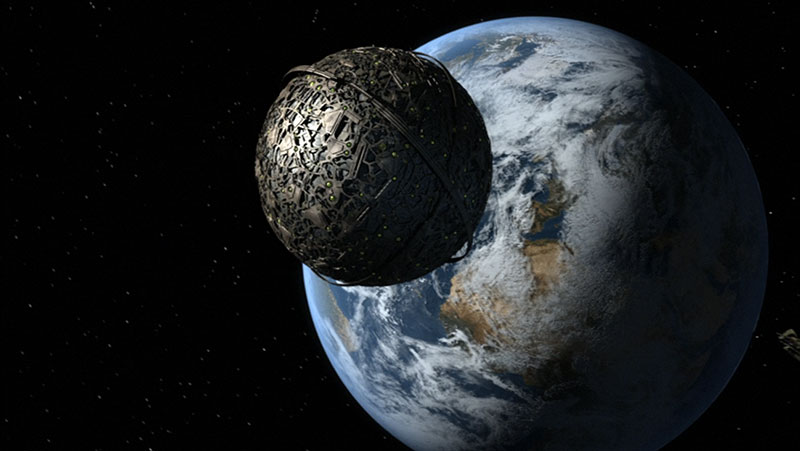 Along with a transition from primarily self-contained episodes, to a more episodic format and darker theme, season three sees the name of the show changed from simply “Enterprise” to “Star Trek: Enterprise”. To compliment the updated title, fans will notice a change in the show’s main title theme, “Faith of the Heart”. 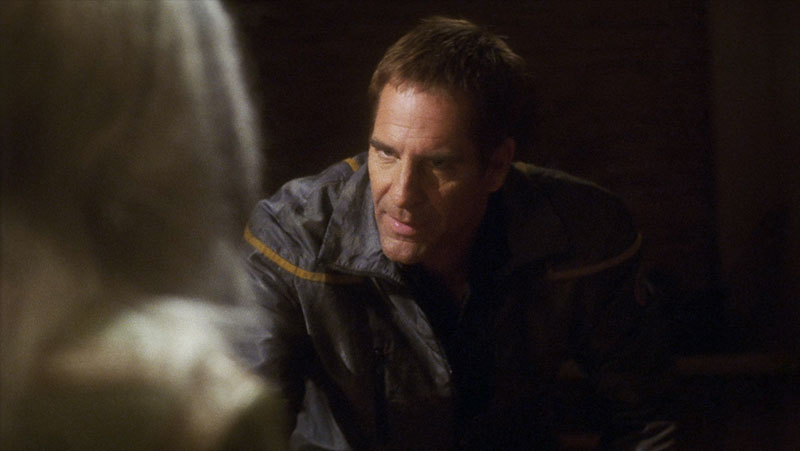 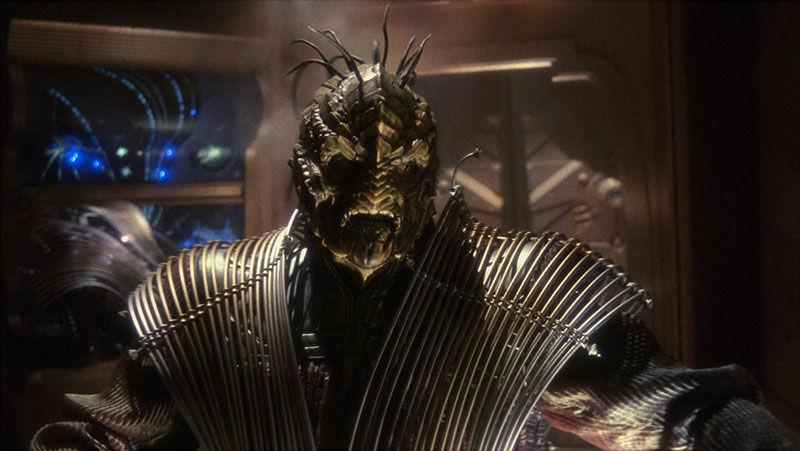 Season three introduces the Xindi, an alliance of six alien species determined to annihilate humanity. Throughout the season, we see Captain Archer and the crew of the NX-01 travel through the Delphic Expanse to the Xindi home world in hopes of preventing another attack against planet Earth. 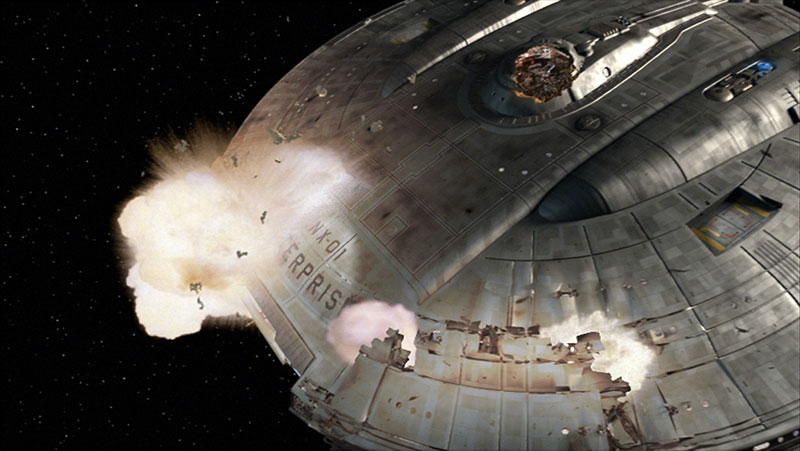 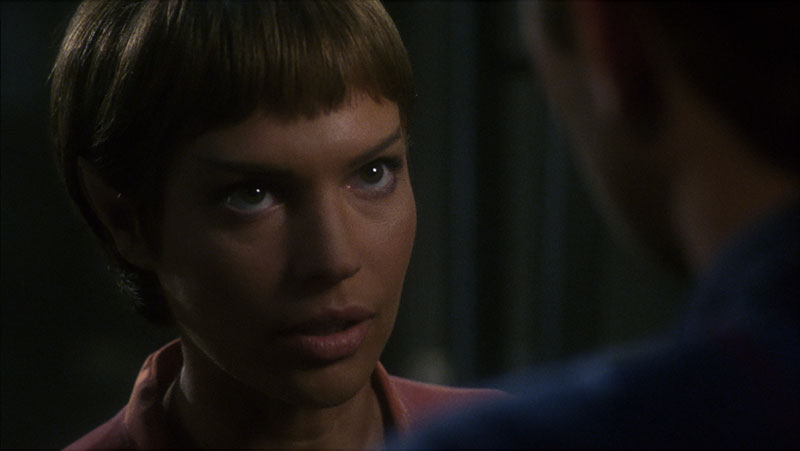 The six-disc set comes in slip cover packaging, contains all 24 season three episodes and is presented with 1080p high-definition picture in its original 1.78:1 aspect ratio with DTS-HD 5.1 Master Audio. Much like the previous two seasons, the episodes have never looked better.

In addition to the episodes, the set also includes two never-before-seen special features that are exclusive to the release; a new three-part 90-minute retrospective documentary “In A Time of War” and a new featurette “Temporal Cold War: Declassified.” Both feature the show’s creators, cast and production team in newly recorded interviews as they detail and discuss the development, design, and reception of the show’s third season. 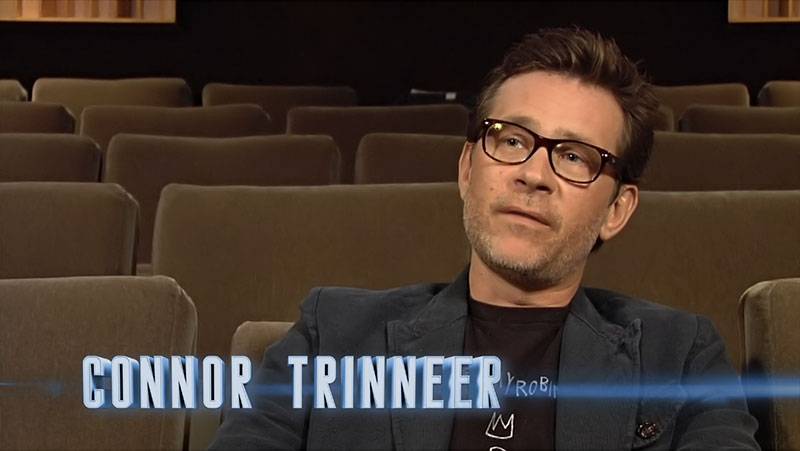 The Blu-ray includes additional standard-definition bonus material, seen previously on the 2005 DVD release, entitled “Archival Mission Logs”. Those features include a profile piece on Connor Trinneer, a collection of season 3 moments, “A Day in the Life of a Director” with Roxann Dawson, “Behind the Camera” with Marvin Rush, plus deleted scenes, outtakes, and a photo gallery.

While every episode of Enterprise is available in HD as part of both Netflix and Hulu Plus streaming subscriptions, fans of the series will want to add the third season Blu-ray set to their collection, for the very best audio and video experience along with the collection bonus features. 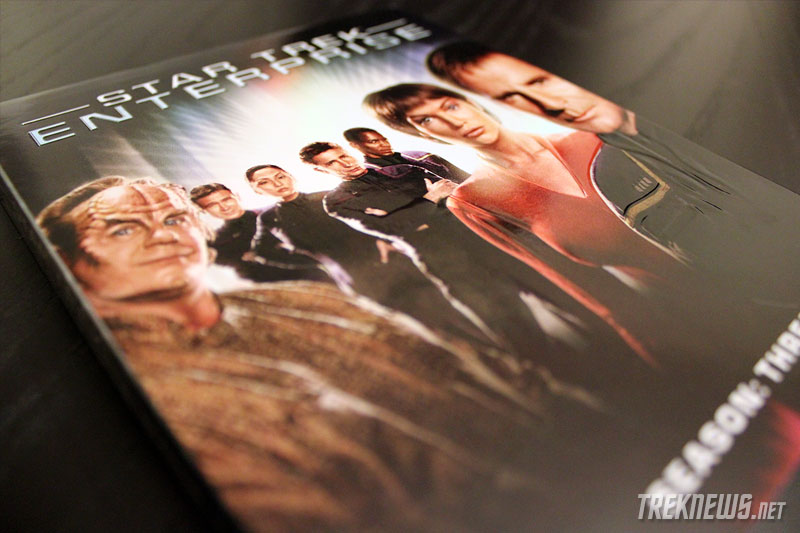 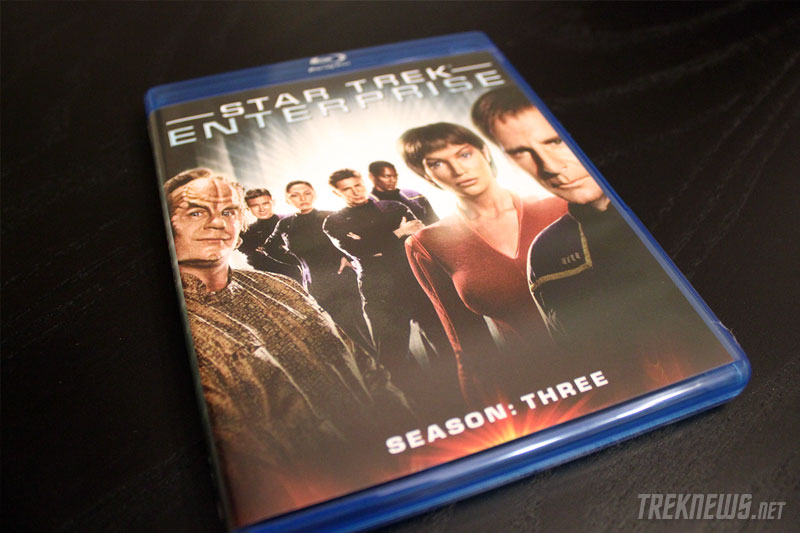 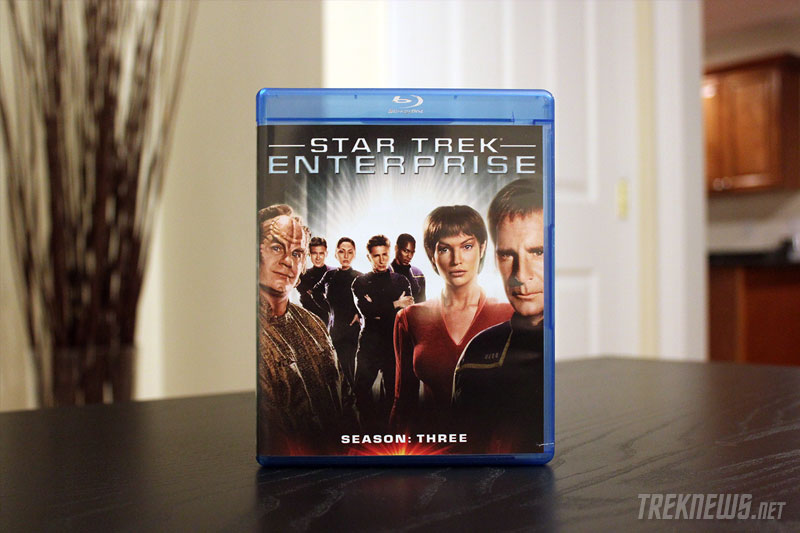 Episode Commentary by David A. Goodman, Chris Black and Connor Trinneer on “The Forgotten” – NEW!
Deleted Scenes from “E2” (SD)

Star Trek: Enterprise – The Complete Third Season on Blu-ray is now available on Amazon and other retailers.

In this article:Review, Star Trek: Enterprise