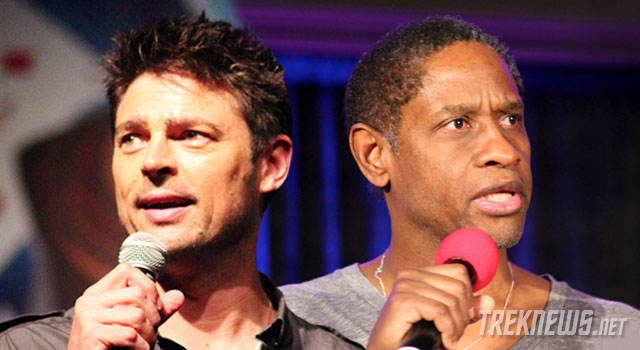 Two more names have been announced for the Destination Star Trek event, taking place next month in Germany. On Thursday, Karl Urban (Leonard “Bones” McCoy from Star Trek (2009) and Star Trek Into Darkness) and Tim Russ (Tuvok from Voyager) were added to the big European convention.

A promotional video hyping the event is available below (in German). In this article:Karl Urban, Tim Russ