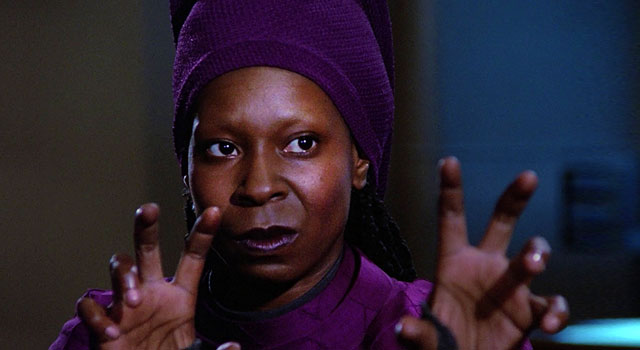 Goldberg, who played Guinan, the mysterious bartender in Ten Forward, on Star Trek: The Next Generation, joins other already announced guests: Norman Reedus, Jon Bernthal, Miachael Rooker, and Scott Wilson from The Walking Dead, Christopher Lloyd from Back to the Future and Star Trek III: The Search for Spock, Jason David Frank from Mighty Morphin’ Power Rangers, and Lou Ferrigno from The Incredible Hulk.

In addition to her work on TNG, Goldberg is known for her hosting duties on The View, and as an actress in Sister Act, and The Color Purple. For a full guest list and to purchase tickets, visit Wizard World.

In this article:Star Trek: The Next Generation, Whoopi Goldberg, Wizard World