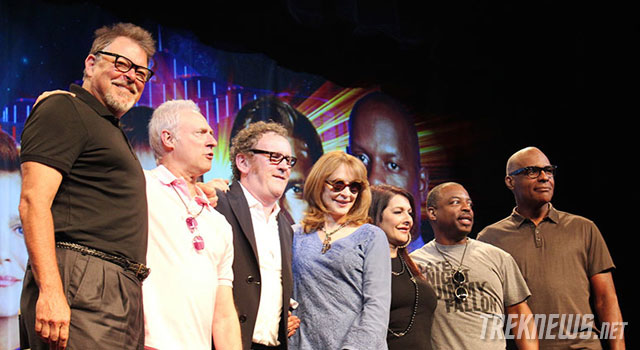 Today we are happy to announce the addition of the cast of Star Trek: The Next Generation is boarding the convention and will be on hand to speak, meet fans, sign autographs and do photo ops. We’re up to 32 guest celebrities now and we’re just getting started: make your plans to be with us for four full days and nights of live STAR TREK entertainment, including the appearances of our new TNG celebrities!