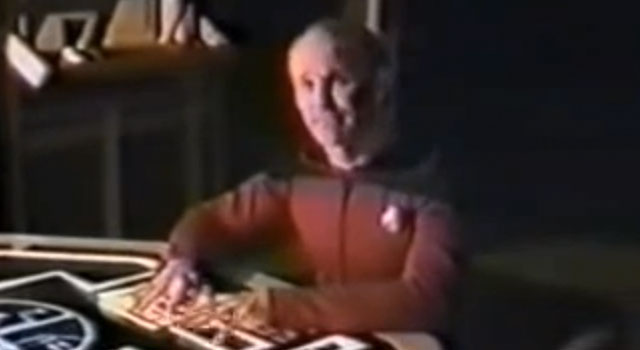 Back in March of 1988, Star Trek: The Next Generation was deep into the airing of its first season. At that time, two Star Trek fans broke onto the Paramount lot, wandering through the off-limits lot to find the dark sets of TNG. The fans were able to light parts of the sets, including most of the ship’s display terminals and part of the warp core.

In a 32-minute video that recently surfaced on Youtube, “Captain Stone,” dressed in a homemade Starfleet uniform, acts as the host his own “documentary”.

While filming, the fans play with the control panels, climb onto a sickbay biobed and accidentally knock it over. They can also be heard discussing ways to remove set pieces from the stage.

In this article:Fan Films, Star Trek: The Next Generation, TV