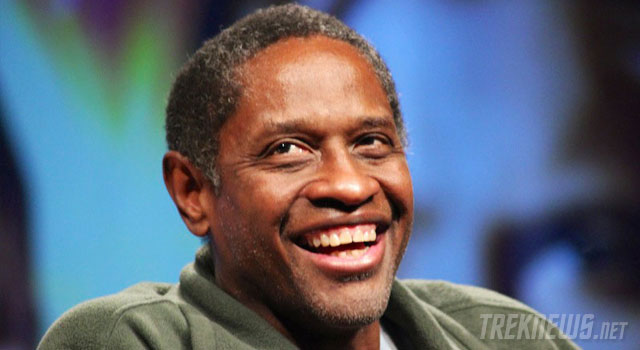 Tim Russ, who played Lieutenant Commander Tuvok on Star Trek: Voyager, will be reprising the role in a Star Trek Online feature episode, entitled “A Step Between Stars.”

In a new video released by STO developer Cryptic Studios, the game’s Community Manager, Brandon Felczer sits down with Russ in Los Angeles to discuss the Tuvok character and his place in STO.

As Russ mentions in the video, he has returned to the role on two separate occasions. First in the 2007 fan-film Star Trek: Of Gods and Men and more recently in another unofficial project, Star Trek: Renegades.