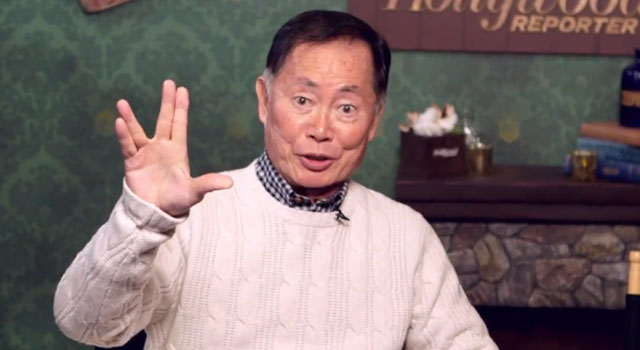 WATCH: George Takei Talks "To Be Takei" At Sundance

George Takei has been busy this week promoting his new documentary, To Be Takei, at the Sundance Film Festival. The film, which we discussed late last year, has been screened multiple times during this year’s event.

To Be Takei was directed by Jennifer Kroot. It chronicles the life of Star Trek’s original Hikaru Sulu and explores his childhood, growing up in a World War II internment camp, his time on Star Trek, his LGBT activism and his recent resurgence as an internet celebrity.

To promote the movie, Takei has been on-hand in Park City, Utah all week to sit down with multiple news outlets. Below is a collection of some of those interviews with the Hollywood Reporter, Entertainment Weekly, and CNN’s News Room.