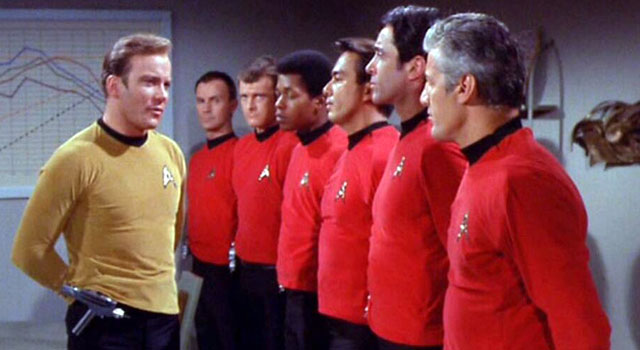 Redshirts, the 2012 sci-fi comedy novel written by JohnScalzi, is headed to the basic cable and satellite TV channel FX.

According to a report over at Deadline, producer Jon Shestack (Dan In Real Life) and producer-director Ken Kwapis (Sisterhood of the Traveling Pants) and his partner Alexandra Beattie have been tasked with developing a limited series based on the book.

Set in the 25th century, Redshirts follows the adventures of five new recruits on the Starship Intrepid who come to realize that the ship’s crewmembers are dying at an alarming rate. Their investigation leads to the mind-bending discovery that a science fiction television show, produced in the early 21st century, has somehow “intruded” upon their reality and “warped” it. In other words, the lives of the crew are following the course of a television narrative over which they have no control. “Redshirts is a madcap, hyper-meta tale,” Shestack told Deadline. “If Jorge Luis Borges had been a staff writer on the original Star Trek, he would no doubt have concocted a story like Redshirts.” Kwapis added.