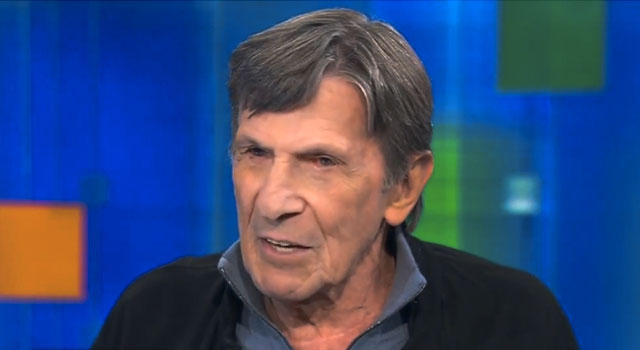 Leonard Nimoy, who recently disclosed his COPD diagnosis, appeared on Piers Morgan Live on Monday to discuss the disease and the years of smoking that caused it.

“You have to treat it as an addiction and understand that it’s not too early to quit,” Nimoy warned. “Young people think, ‘Maybe in 10 years I’ll quit,’ you know?’ “The damage is being done right now. Every day you light a cigarette, you’re losing cells in your lungs.”

Watch a segment of the interview below.

Thanks for all the outpouring of concern. Looking forward to talking to Piers Morgan on Monday on CNN. LLAP