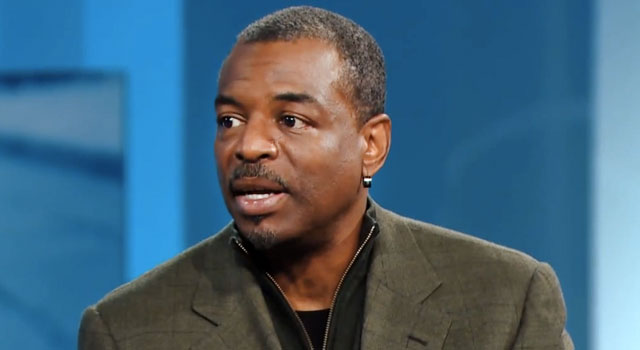 The equality shown in the original Star Trek is one of the first things that drew him to the show, Burton told Stroumboulopoulos. “Everybody’s welcome. That was the genius of Star Trek for me growing up, was Gene Roddenberry.” Burton said. “I was and still am a huge science fiction fan. In Gene’s vision there was a place for me and that meant a lot.”

“In the original pilot it was the woman who became Gene’s wife Majel Roddenberry, who was the first first officer. Then they recast, they did a little shuffling and they brought in Leonard Nimoy. We lost a woman but we gained a Vulcan.” he said. Burton recalled his initial impressions of Roddenberry, saying “What my relationship with Gene ultimately represented for me was really coming to terms with the humanity in our heroes. Gene was very contradictory in nature. He was this visionary and he loved his booze and nothing pleased him more than seeing a woman in a short skirt. So I really had to recognize that in addition to being this wonderful visionary he was still a guy, he was a man. And we’ve all got faults, we’ve all got foibles and the best thing we can do is wake up every morning and in spite of our mistakes, get up and go out there and do it all over again.”

In this article:Gene Roddenberry, LeVar Burton