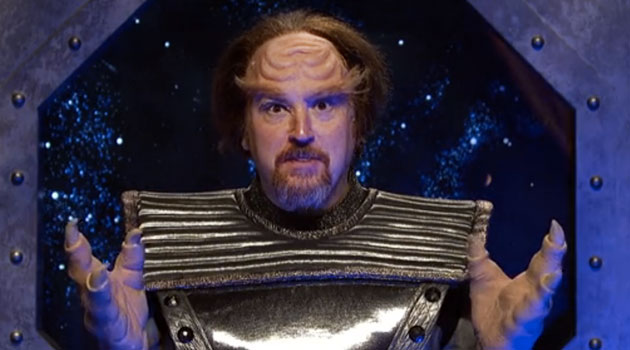 In a sketch that wasn’t aired on last weekend’s episode of Saturday Night Live, comedian Louis C.K. plays a villainous Klingon character, with a taste for posters of shirtless human men.

While the Star Trek parody sketch was dropped from the broadcast, NBC has made it available through Hulu. Check it out below.

If you’re anything like me, you’ll probably be left wondering; “What the heck is up with those hands?”.

Hat tip to David Ivy of Trekcast, for bringing this to our attention.