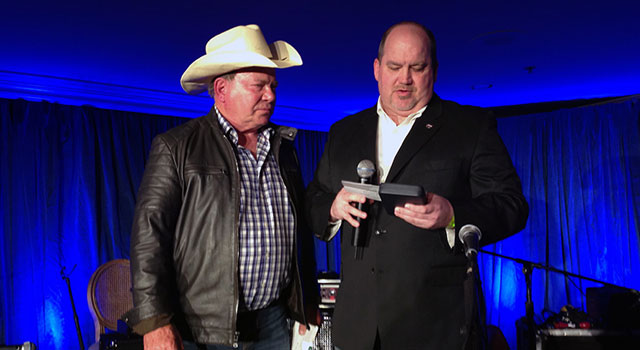 The award, presented to Shatner by NASA’s Deputy Associate Administrator, Communications Bob Jacobs, is “the highest award bestowed by the agency to non-government personnel.” and is given “for outstanding generosity and dedication to inspiring new generations of explorers around the world, and for unwavering support for NASA and its missions of discovery.”

“William Shatner has been so generous with his time and energy in encouraging students to study science and math, and for inspiring generations of explorers, including many of the astronauts and engineers who are a part of NASA today, ” said NASA’s associate administrator for the Office of Communications David Weaver. “He’s most deserving of this prestigious award.”