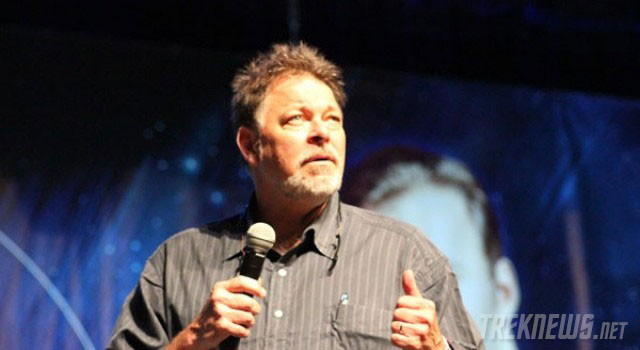 Star Trek: The Next Generation‘s Jonathan Frakes is slated to direct several episodes of the new TNT series, The Librarians.

No stranger to the franchise, Frakes previously directed the second and third installment of the original Librarians action-mystery-supernatural film series — 2006’s Return to King Solomon’s Mines and 2008’s The Curse of the Judas Chalice.

“We’re in Portland shooting a new show based on the movies that I did with Noah Wyle, Bob Newhart, Jane Curtin and Olympia Dukakis,” Frakes told StarTrek.com.

“Dean Devlin shot the two-hour pilot and I’ll be directing three of the 10 episodes. It’s fabulous to revisit The Librarian. This show has a great vibe. Rebecca Romijn, Christian Kane and John Larroquette (who played Maltz in Star Trek III: The Search for Spock) are now in it. Noah’s character (Flynn Carsen) has passed the torch to these other librarians, mostly because Noah is still doing Falling Skies for TNT.”

“Noah is in the two-hour pilot and then he’ll be recurring over the season, probably in two other episodes close to the end of the season,” Frakes added. “Bob Newhart is back, too, and his scenes will be filmed in L.A. It’s a great group, a lot of the same people that I worked with on Leverage and The Librarian movies. So you know what you’re getting.”