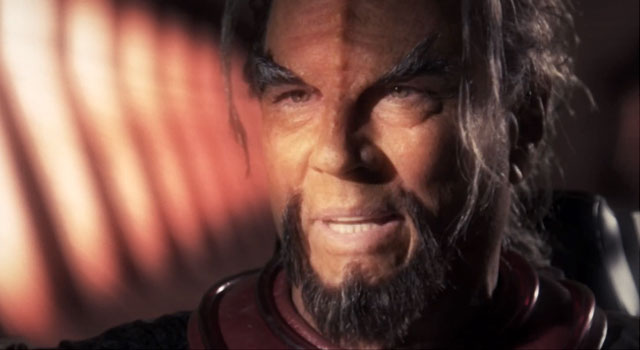 After raising more than ten times their original Kickstarter goal, the team behind Star Trek: Axanar has released the first official trailer for the upcoming fan film.

The visually impressive trailer is our first look at the feature film, scheduled to be released this winter

Check out the trailer and images below.

PRELUDE TO AXANAR is a transmission from Memory Alpha and the Federation Historical Society recounting the famous Battle of Axanar, the decisive victory won by Captain Garth of Izar, bringing the Four Years War to a conclusion and the first tenuous peace between the United Federation of Planets and the Klingon Empire. This special details accounts from the actual participants who were there, fighting, and changed the face of the Alpha Quadrant forever.

STAR TREK and all related marks, logos and characters are owned by CBS Studios Inc. This production, the promotion thereof and/or any exhibition of material created by the production are not endorsed or sponsored by or affiliated with CBS/Paramount Pictures or the STAR TREK franchise.