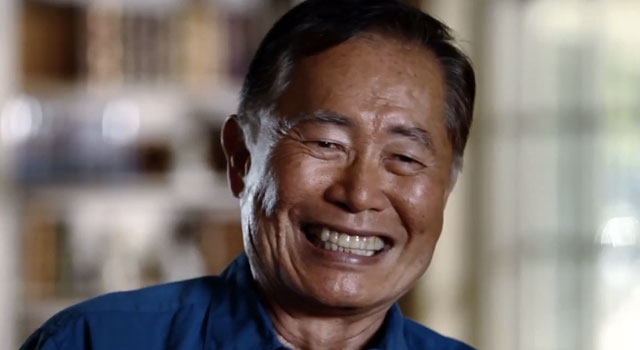 WATCH "To Be Takei" Trailer

Earlier this year, we reported on the premier of George Takei’s new documentary To Be Takei at the Sundance Film Festival.

Today, comes a trailer for the film, which is scheduled for a nationwide theatrical release on August 22nd.

Directed by Jennifer Kroot, the film will explore Takei’s childhood, growing up in a World War II internment camp, his time on Star Trek, his LGBT activism and his recent resurgence as an internet celebrity.

The trailer features John Cho along with Takei’s TOS co-stars Leonard Nimoy, Nichelle Nichols, Walter Koenig and William Shatner. Check it out below.

A hilarious and moving look at legendary actor, activist and pop culture icon George Takei, who has conquered new frontiers from outer space to Capitol Hill with his trademark grin. Oh, my!