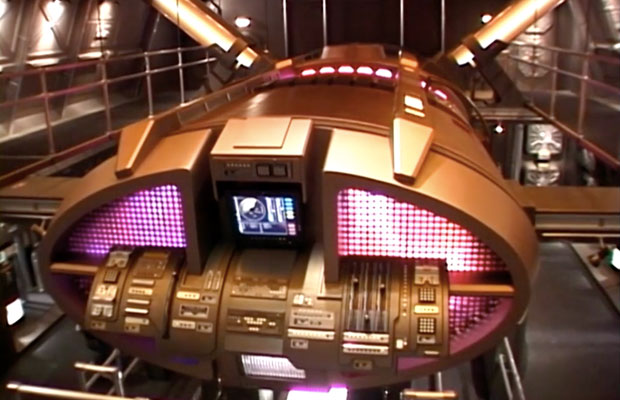 Doug Drexler, who worked as a senior Illustrator and CGI designer on Star Trek: Enterprise, recently shared some behind-the-scenes footage from the original construction of the NX-01 sets. In a video Drexler uploaded to Vimeo, the engineering room construction is featured.

“One of the most thrilling things about working on Star Trek was watching the construction gang in the “Marathon Mill” take our sketches and blueprints and make them real,” Drexler recalls.

“A rough and tumble world of pneumatic nail guns, saber saws and testosterone. The “Marathon Mill” was a wild and woolly pirate ship that demanded a thick skin and a sense of humor to successfully navigate. Working with construction was one of the funnest, coolest and most satisfying experiences of my widely varied life in Hollywood. Our Star Trek machine was well oiled, and in it’s veins flowed trust, affection, and admiration. I don’t believe that I have ever worked on another show where cooperation between departments was so powerful.”

“During construction of the NX sets I kept a video record, and this stuff’ll knock your socks off. The first installment makes maximum montage of the construction of the NX warp core and engineering department. Hey you know it, and I know it: A cool engineering department is central to a starship, and we were especially proud of this one. It’s a remarkable document of a very ambitious Star Trek set, and baby you are there!”

via Doug Drexler on Vimeo

In this article:Doug Drexler, TV