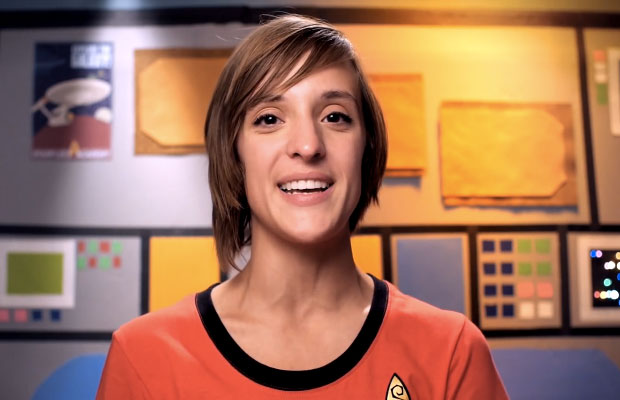 Jason Inman, of the Jawiin YouTube channel, has released a teaser trailer for the upcoming comedic web series The Red Shirt Diaries. In the ten-part fan-series, writer-producer-actress Ashley Victoria Robinson stars as a low-ranking security officer aboard the USS Enterprise, Ensign Williams.

“The Red Shirt Diaries is my love letter to the original series,” explains Robinson. “I’ve loved Star Trek since I was twelve years old. This project is my funny take on the first ten episodes. I don’t mean it as insulting in any way, but as a true celebration of everything Star Trek.”

Check out the teaser trailer embedded below.

The Red Shirt Diaries parody web series introduces Ensign Williams, a low ranked security officer and follows her through the first 10 episodes of Star Trek: the Original Series. Williams soon learns that she may well be the only sane person on board. Violent alien plants, overly-friendly superior officers and the Naked Time plague wide-eyed Ensign Williams as she struggles to follow Starfleet protocol and make it alive to the end of the episode. Watch Ensign Williams record her mission logs that both celebrate and illuminate the weird, wonderful details of Star Trek: the Original Series.