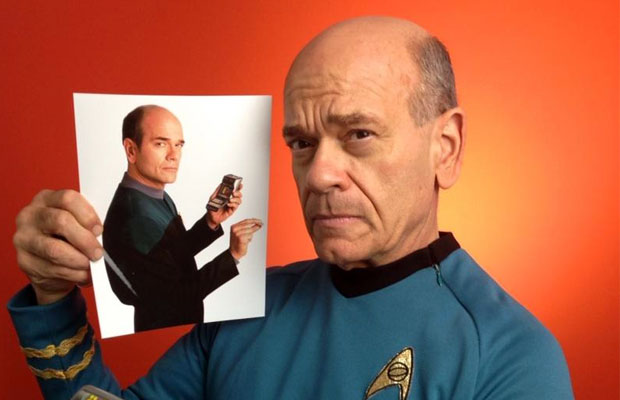 Robert Picardo, known for playing the holographic Doctor on Star Trek: Voyager, posted a photo of himself wearing a TOS style uniform on Twitter. Not straying from his character’s specialization, he dons the traditional blue of Starfleet’s medical/science division.

Along with the photo, Picardo simply wrote “Hmmmmm.”

What does it all mean?!

Most likely nothing, but it is fun to see the Voyager star in Original Series era garb.