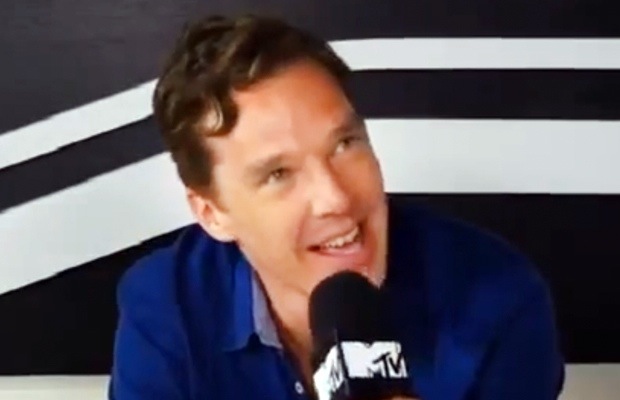 Benedict Cumberbatch, the English actor known for his lead role in BBC’s Sherlock and to Star Trek fans for playing the new version of Khan Noonien Singh in J.J. Abrams’ Star Trek Into Darkness, recently sat down with MTV to discuss his voice-acting gig in the animated film The Penguins of Madagascar.

During the interview, with MTV’s Josh Horotiwz, Cumberbatch broke into an impersonation of Jar Jar Binks from Star Wars: The Phantom Menace.

You have to see (and hear) this for yourself. Trust me.

Check out the embedded video below.

This segment was part of a larger interview from San Diego Comic Con, where Cumberbatch also tries his hand at impersonating Gollum, Timothy Dalton’s James Bond and Vin Diesel. For those interested, we’ve included that below.

The Penguins of Madagascar, directed by Eric Darnell and Simon J. Smith, also stars Peter Stormare and John Malkovich. The film is set to be released on November 26th.

In this article:Benedict Cumberbatch, Star Trek Into Darkness, Star Wars