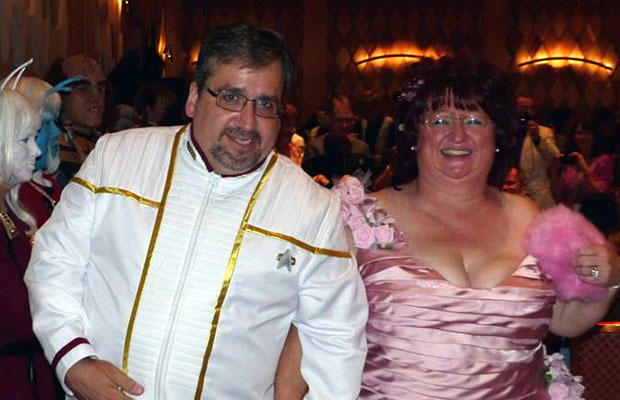 Campbell and Restucci, who met in line at the 2012 convention, were dressed in similar attire to Deanna Troi and William Riker during the wedding scene in Star Trek: Nemesis–Amy in a pink gown and Mark in a white dress uniform.

Officiating the ceremony was bridesmaid Vicki Wells, who asked Campbell and Restucci to vow their love for one another for as long as they shall remain together aboard “this starship we call Earth.”

Our dream was to be married where we had first met, at Creation’s Star Trek Convention in Las Vegas. What happened, as planning for our wedding developed, was that it grew into an event by fans, for fans, with fans. We had so many Trekkie friends, those we knew and those we hadn’t met yet, asking what they could do for us and eventually collaborating with each other to create this wonderful experience for us all. It just proves what a caring and fun group Star Trek fans are and why we all love meeting up at our favorite conventions!

Our heartfelt gratitude goes out to everyone who participated and attended our special day!

We here at TrekNews.net would like to wish Amy and Mark all the best in their marriage. May today be the start of a long and happy life together. 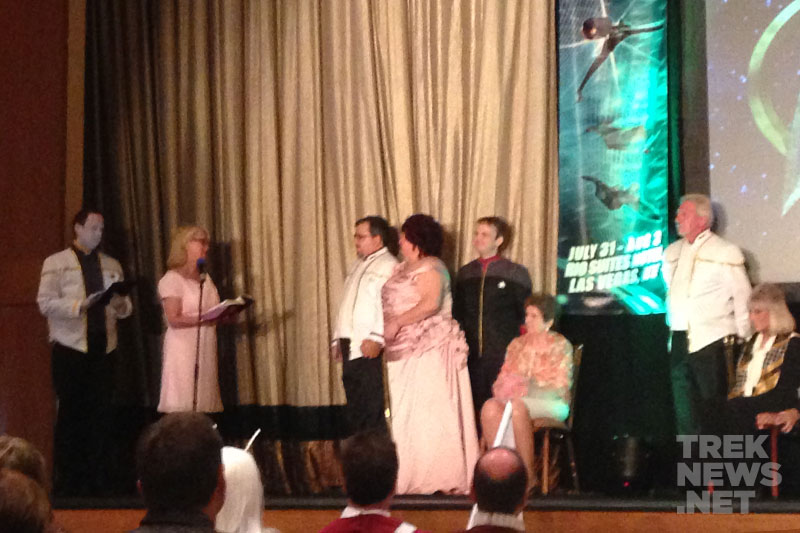