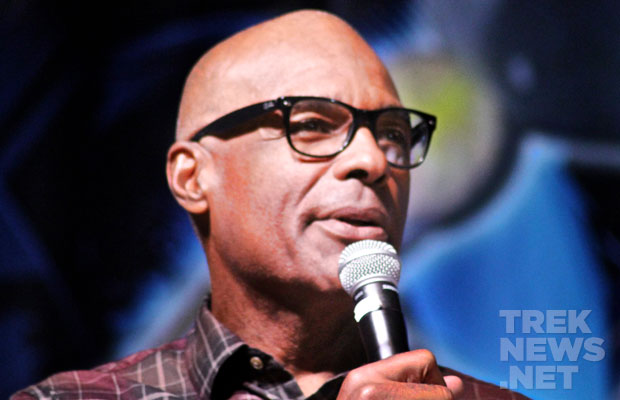 In an interview recorded at the Official Star Trek Convention in 2013, Michael Dorn talked about the possibility of the rumored “Captain Worf” television series.

“The script I wrote is done,” said Dorn, “and I’m in the process of kind of finalizing it and sending it to people that I trust and care about and who are very smart and can tell me what they think about it — the structure of the film.”

“But If you look at the new movies and look at our show, it’s a lot of morality, a lot of the human condition, and going out there in space and discovering and what it does to us,” said Dorn.

“The script I wrote is a good balance. There’s action.” 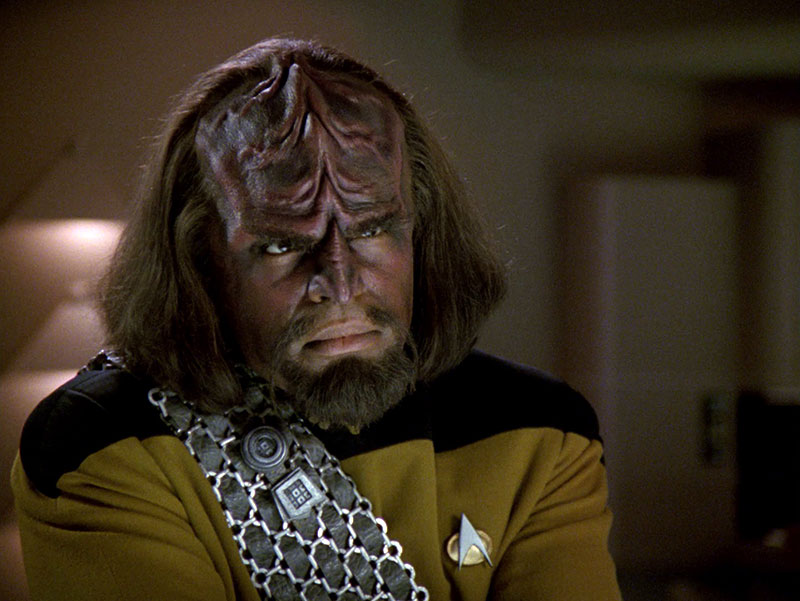 Michael Dorn as Worf on Star Trek: The Next Generation

“We’ve made a lot of progress,” Dorn said of the script. “We’ve talked to some people at CBS. Not the execs that make the decisions, but we talked to some execs and we are making some headway.”

“The script I wrote is done,”

“I’m an eternal optimist about this,” he said. “Because I’ve seen things like this happen before where yes they said ‘no,’ but that doesn’t mean it’s dead. I think if CBS looked at it and heard enough from the fans, they would look at it.”

As he and Brent Spinder did on stage at STLV, Dorn suggests fans write to CBS to show the interest is there. “It really takes a true letter-writing campaign,” he said. “I don’t think it can be a Kickstarter or one of those things. I don’t want to do that. I think it has to be a grassroots movement that is so big that they just can’t ignore. And if they do ignore it, somebody else may go: ‘I’ll do it.'”

via The Cinema Source