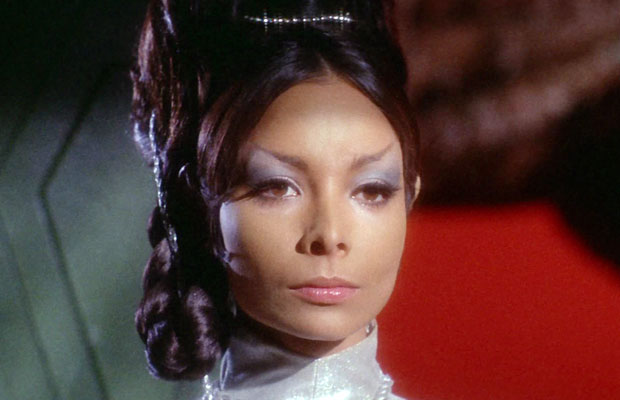 Arlene Martel, who Star Trek fans will remember for playing Spock’s Vulcan bride, T’Pring in “Amok Time,” died on Tuesday, August 12, 2014. She was 78.

Martel’s friend Marc Cushman, author of These Are The Voyages, confirmed the news via the book’s Facebook page. The post notes that Martel recently suffered a heart attack.

Her final public appearance had been with Cushman in Santa Monica, California, on June 28th to promote the book.

In addition to Star Trek, Martel is also known for appearances on Hogan’s Heroes, Bewitched, The Wild, Wild West, Battlestar Galactica (1978) and Gunsmoke.

Arlene Martel, aka TOS' "T'Pring," has passed away. She was a lovely woman. I wish there was no room for one more, honey.

Yes I have heard about Arlene and Lauren's passing

A clip of Martel from the classic second season episode “Amok Time” has been embedded below.

We here at TrekNews.net would like to extend our deepest condolences to Arlene Martel’s friends and family.