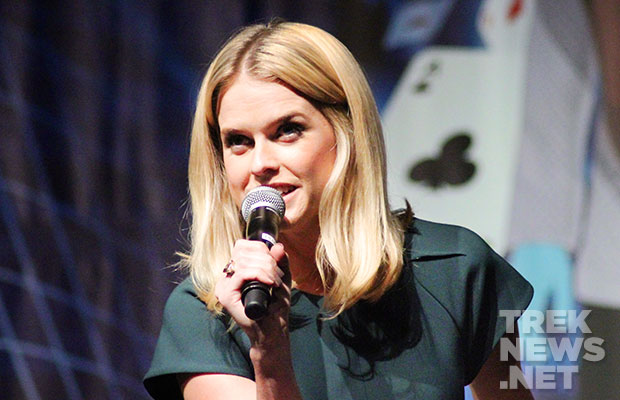 The 32 year old actress plans to marry her high school sweetheart Alex Cowper-Smith, a U.K. financier, according to a report on People.

In addition to Into Darkness, Eve’s acting credits also include Men In Black 3, Sex and the City 2, ATM, The Raven, and She’s Out of My League.

No wedding date has been announced. 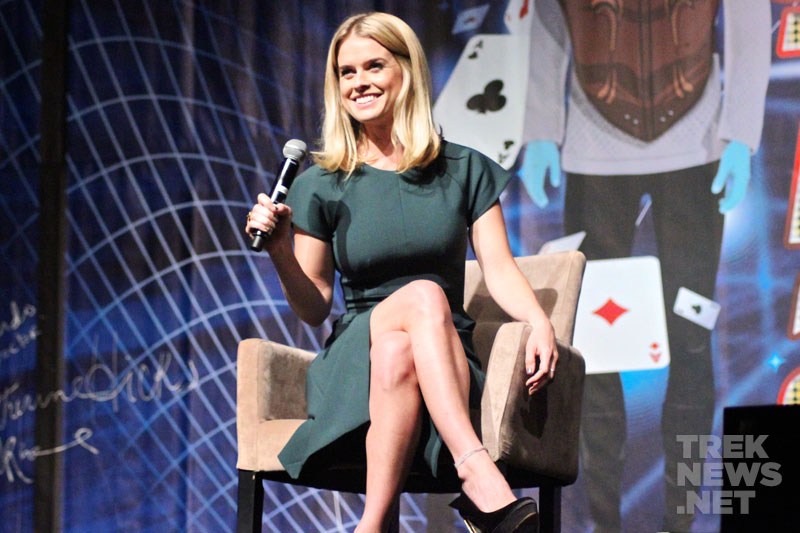 Eve on stage at the 2013 Las Vegas Star Trek convention