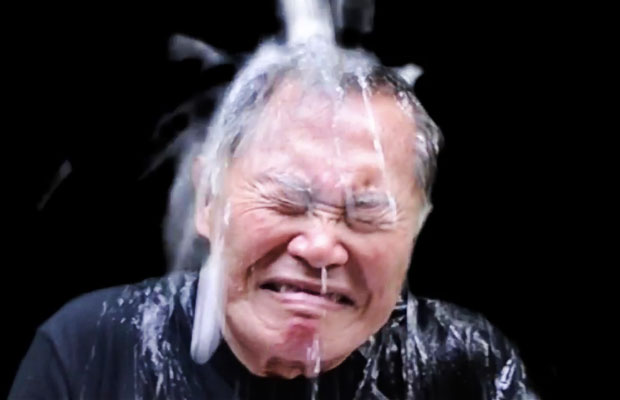 “Jeff Bezos of Amazon has challenged me to take the ALS Ice-Bucket Challenge,” Takei said in a video released via his YouTube channel.

Throwing to a clip from Bezos’ video, Takei responded by saying “Challenge accepted.”

“In addition to making a donation, I thought we’d demonstrate how we do it in sci-fi land. And in that spirit, I challenge some of the greats in science and science-fiction,” he said as he went on to challenge NASA astronaut Buzz Aldrin, astrophysicist Neil deGrasse Tyson, and actor Sir Ian McKellen.

“Buzz, Neil, Ian, you’re up!” Take said after being doused with ice-water.