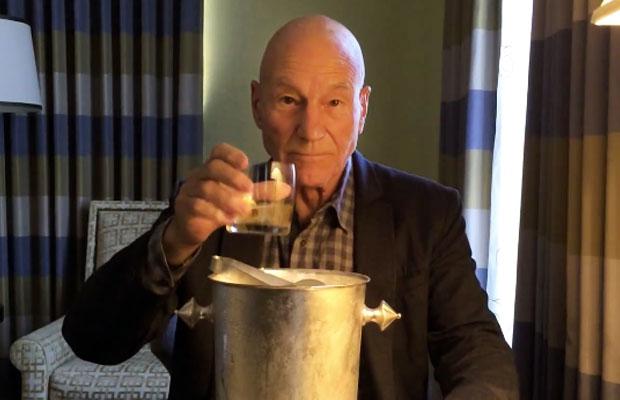 After being called out to take the ALS “Ice-Bucket Challenge” by Amazon’s Jeff Bezos, Gates McFadden, and others, Star Trek: The Next Generation‘s Sir Patrick Stewart has accepted.

In lieu of dumping ice-water over his head (as William Shatner and his own TNG co-stars did), Stewart took the classiest of routes: writing a check and without words pouring himself a glass of (what appears to be) Chivas Regal scotch — over a few ice cubes.

Unfortunately, McFadden won’t be able to see Stewart “get his hair wet.”

Check out the classiest “Ice-Bucket Challenge” video of all-time below.