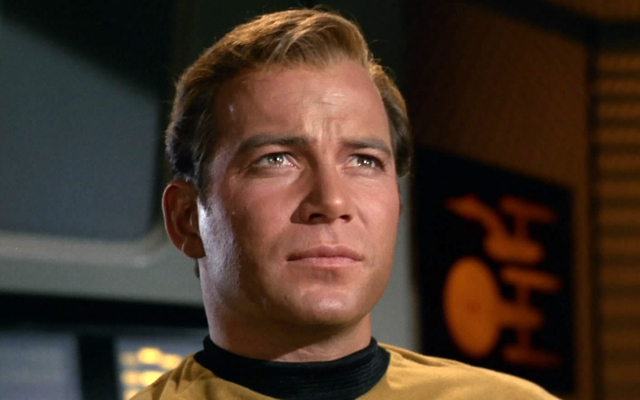 Less than a month after the 2014 event, Creation Entertainment has already announced the headliner for next year’s Official Star Trek Convention in Las Vegas.

Star Trek‘s original Captain James T. Kirk, William Shatner, will return for the 2015 convention, which will take place August 6-9 at the Rio Suites Hotel. In addition to Shatner, over 100 Star Trek celebrities are expected to appear throughout the four-day event. Gold Weekend passes are already available on Creation’s website.

We can’t thank all our fellow fans from around the galaxy for making the 2014 Las Vegas Official STAR TREK Convention the unbelievable smash hit that it was and we thank all for taking note of the myriad of upgrades and new attractions added into making this gathering the finest possible…. but we’re just getting started!

In 2015 (August 6-9, 2015) we’ll be back at the fabulous Rio Suites Hotel with ALL of their convention space giving us more room to give YOU more entertainment! Along with over 100 STAR TREK celebrities expect jam-packed days of in-person, on-stage live excitement, all designed to honor Gene Roddenberry’s enduring legacy of a positive future of inclusion for all.

Today we are proud to announce our first guest celebrity, the incredibly iconic WILLIAM SHATNER! Keep watching the days ahead as we bring you more than 99 other Trek celebrities! We have also put on sale today the top of the line GOLD WEEKEND PACKAGES. As always we do offer these packages to those who attend the previous year and a higher percentage than ever re-upped at the 2014 show. This is why much of the floor plan is filled, but there are tons of great seats left. Keep in mind too that grabbing a Gold Seat for 2015 means you’ll have the right to hold or better that seat for the sure to be beyond memorable 50th Anniversary gathering!