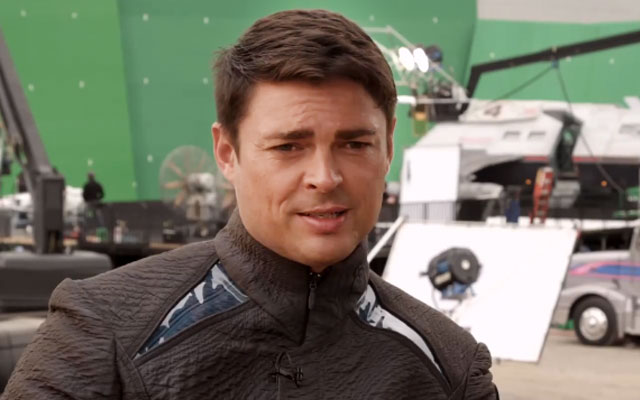 On Tuesday (September 9), Star Trek: The Compendium will hit store shelves. To hype the release, CBS has released a teaser of some of the behind-the-scenbe footage, that will be included in the four-disc set.

The first preview of what will be included, is a short clip entitled “Wet Suit,” that features the Star Trek Into Darkness cast discussing and goofing around in the specially-designed costumes.

“None of the cast ate for about four or five weeks before we hopped into those things,” jokes Karl Urban about how tight and unforgiving the suites were.

Paramount Home Media Distribution, on September 9, will release Star Trek: The Compendium, a four-disc Blu-ray set that includes Star Trek (2009), the IMAX version of Star Trek Into Darkness, previously released bonus features and also additional, never-before-seen material. StarTrek.com has details about the collection and an exclusive First Look at “Wet Suit,” a clip from the new material.

For a full list of included bonus material, check out our original Star Trek: The Compendium report.

Paramount is offering a $5.00 rebate for customers who previously purchased either Star Trek (2009) or Star Trek Into Darkness.