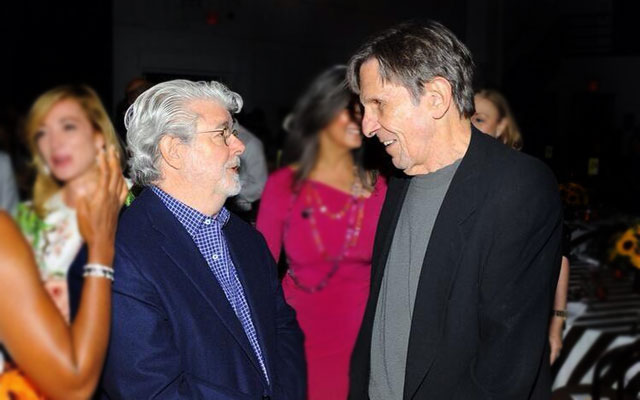 Two of the most-passionate groups of fans in all of pop-culture have been trumpeting the superiority of their chosen franchise in an epic bout that’s been raging for more than thirty years — the battle of Star Trek versus Star Wars.

While there has been previous crossover between the two franchises, including Star Trek (2009) and Star Trek Into Darkness director J.J. Abrams sign on to direct Star Wars: Episode VII, the latest connection comes at the hand of one of television’s most-iconic names, Star Trek‘s Leonard nimoy.

On Tuesday, via his his Twitter account, Nimoy posted a photo of himself and Star Wars creator George Lucas.

Scroll down to check out the photo. 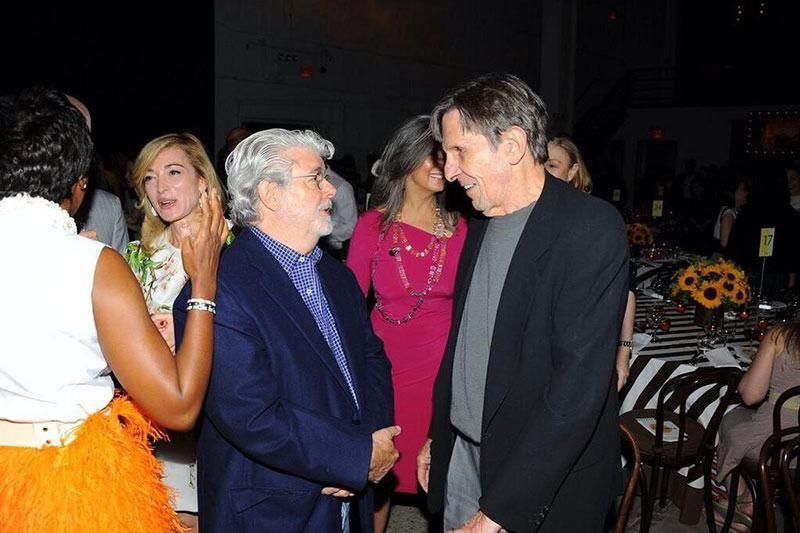