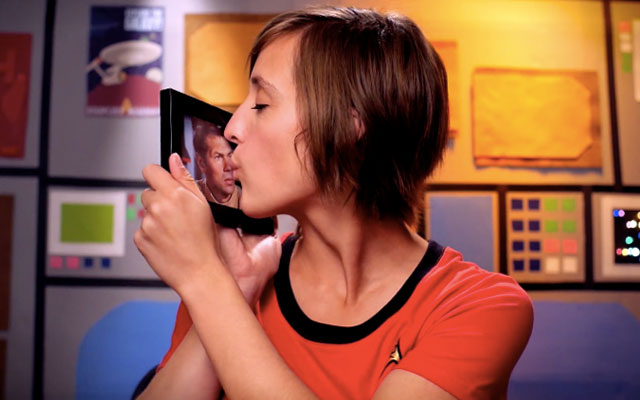 WATCH: 'The Red Shirt Diaries' Episode 3: "Where No Man Has Gone Before"

The team behind the The Red Shirt Diaries has released the third episode of the comedic web series, “Where No Man Has Gone Before”.

Watch the third episode below.

Ensign Williams has a space crush. Travel back in time and see Williams’ missing log from her very first day on the Enterprise!

Want to show your love for The Red Shirt Diaries? Share a link of Episode 3 Where No Man Has Gone Before on social media and use #TheRedShirtDiaries hashtag! Doing this will automatically enter you in a giveaway to win your very own tribble! The winner will be chosen by a random number generator and announced on Monday, September 22nd. Good luck!

Check out the first two episodes of The Red Shirt Diaries: