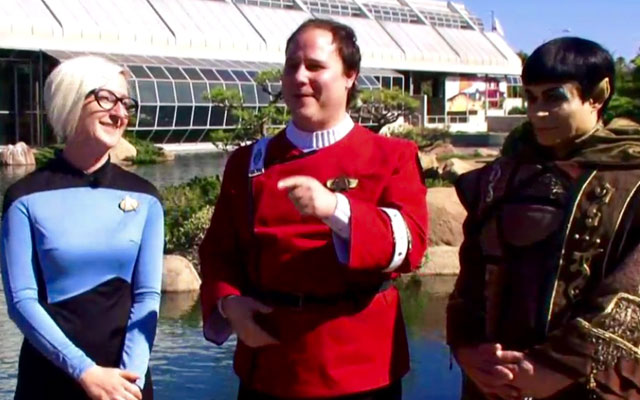 During the fifth season premiere of A&E’s Storage Wars, two of the show’s stars, Brandi and Jarrod, approached a group of Star Trek fans to help them understand the value of some memorabilia signed by William Shatner.

One of the fans that appeared on the show, was none other than Gabriel Köerner, who starred in Roger Nygard’s Trekkies and Trekkies 2 documentaries.

You can watch the full episode here.