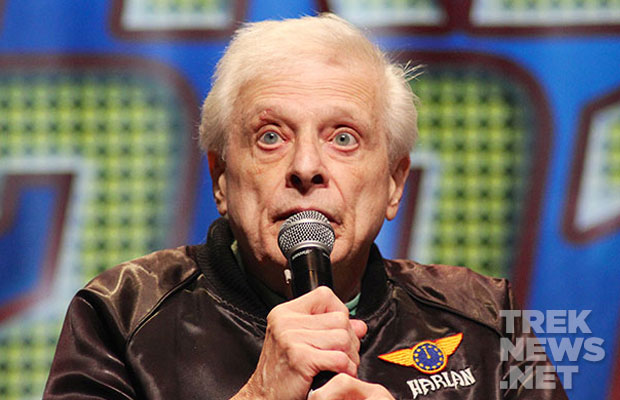 Award-winning author Harlan Ellison, who wrote the classic Star Trek episode “City On the Edge of Forever”, is recovering in an a Southern California hospital after having a stroke, last week.

While he is currently suffering from partial paralysis in his right arm, according to the LA Times, his speech is unimpaired.

Ellison’s friend, Patton Oswalt, tweeted an update on the 80-year old author’s health, saying that he’s “on the mend” and that he’ll “be fine.”

Spoke to Harlan Ellison in hospital. Stroke paralyzed his right side. His brain is intact (and profane & lucid). He's on the mend. #mrmee

"I gotta go do some physical therapy on my stupid fucking arm." — actual quote from when I spoke to Harlan Ellison earlier. He'll be fine.

When asked how he was feeling, Ellison said: “At age 80, as an outsider, I’m only 2.3% convinced that the human race is an experiment worth trying.”

Regarding the stroke, Ellison said it “was less scary than it was perplexing.”

We here at TrekNews.net would like to wish Ellison a speedy recovery.