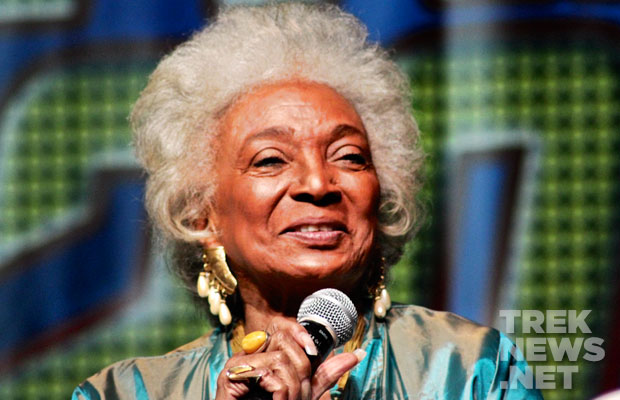 Nichelle Nichols, known for playing Star Trek’s original Uhura, was temporarily detained at LAX on Friday after her male companion was busted by authorities for having methamphetamines and drug paraphanalia in his luggage.

According to TMZ, the two had been going though American Airlines’ terminal when the discovery was made. The companion’s suitcase, said to be attached to Nichols’ suitcase fell to the floor and broke open, revealing the contents.

Nichols companion was allegedly arrested for drug possession and was allowed to proceed with her scheduled flight on her own, after her innocence was established.

The 81-year-old actress is scheduled to appear at Rhode Island Comic Con this weekend.