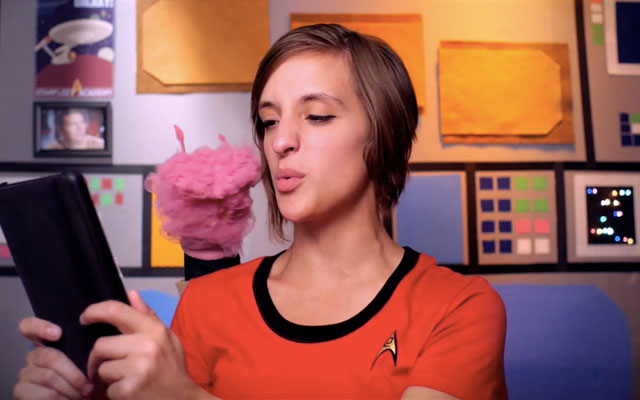 The tenth episode of The Red Shirt Diaries has been released. “The Corbomite Maneuver” stars writer/producer Ashley Victoria Robinson as Ensign Williams in the final episode of the comedic fan-series’ first season.

You can watch the episode below.

It’s Ensign William’s day off! Too bad an alien named Balok has decided to visit the Enterprise.

In addition to releasing their final episode, the team behind the series has launched a IndieGoGo campaign to fund a second season. For more information on how you can help fund the series, visit IndieGoGo.

Check out previous episodes of The Red Shirt Diaries: