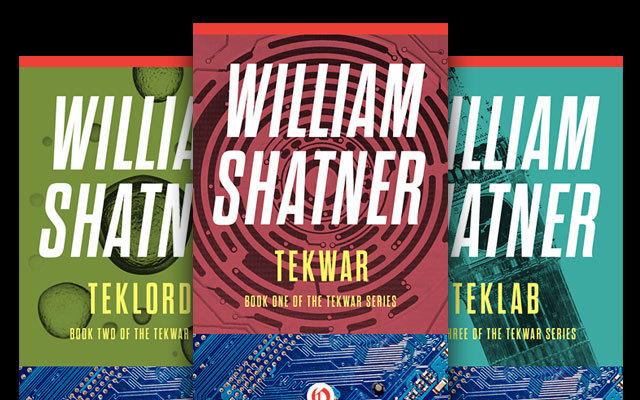 TekWar, the science-fiction series created by William Shatner and Ron Goulart in the 1980s and 90s is set to be released in ebook format by Open Road Integrated Media on November 11.

Shatner began working on TekWar while on the set of Star Trek V: The Final Frontier, and has called the original an attempt to blend elements of Star Trek with T. J. Hooker — both series in which he starred. The books would go on to spawn a TV movie, (TekLords), a television and comic book series, and video game.

You can pre-order the series on Amazon below. 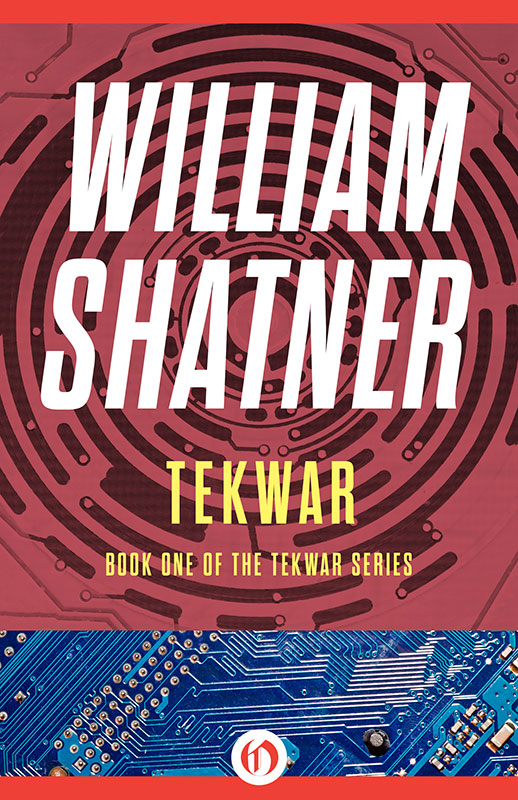 On November 11, 2014 the complete the TekWar Series by William Shatner will be available as ebooks.

William Shatner, the original face of Captain Kirk on TV’s Star Trek, displays another side of his remarkable talent with his sixth book in the TekWar series, which will now be available in the ebook format, along with the seventh, eighth, and ninth installments of the series. Fall into a future world where the ubiquitous techno-drug Tek rules, and one man remains dedicated to wiping it from the face of tomorrow’s Earth.

The TekWar series has been praised for its “Fast-paced action, high-tech gloss, and a dash of romance” (Library Journal) and its “well-drawn, grittily realistic future world” (Booklist).