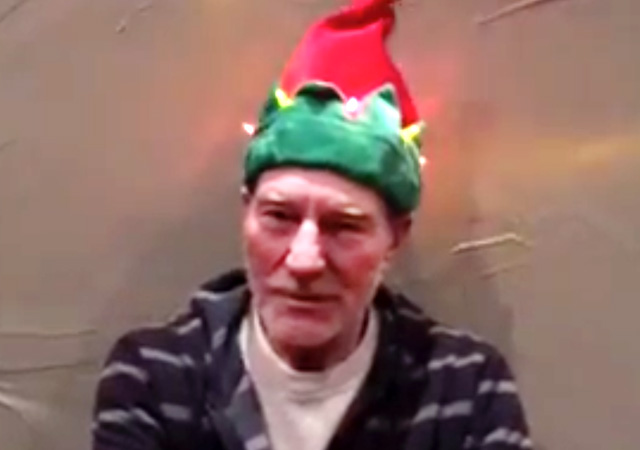 Sir Patrick Stewart, who played Captain Jean-Luc Picard for seven seasons on Star Trek: The Next Generation and four feature films, released a video of himself getting into the holiday spirit last week.

You can watch the video below.

Last year, a fan created the “Make It Snow” video using clips from TNG. If you haven’t seen it in awhile, it’s the perfect time of year.