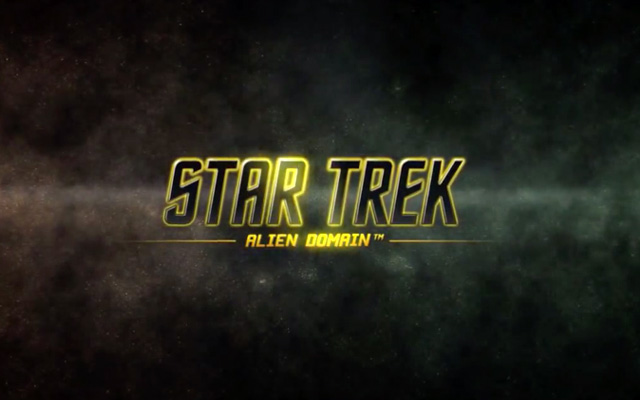 GameSamba has released additional details regarding the free-to-play web-based video game Star Trek: Alien Domain. The game allows players to command a fleet as a Federation or Klingon captain and battle enemies in the alien frontier of Fluidic Space

You can sign up to play for free at startrek.gamesamba.com.

It has been many years since the U.S.S. Voyager returned and the galaxy was first introduced to the realm of fluidic space and its violent, xenophobic resident, Species 8472. After reaching an uneasy truce with Starfleet, Species 8472 returned to fluidic space. However, not convinced the truce would last, the Federation and Klingon Empire began researching and evaluating the potential threat posed by 8472, including investigating new anomalies that could open doorways back to the dark dimension.

During one of these investigations, Federation and Klingon forces were pulled into an unexplored area of fluidic space, which contained far more physical matter than Voyager’s crew had reported. It didn’t take long for the stranded crews to learn that this was no accident: Species 8472 had broken the truce and had, in fact, been trapping species in fluidic space for quite some time. With their ships heavily damaged and unable to recreate the rifts that brought them through, the explorers slowly realized that this mission was no longer one of discovery… but survival.

In Star Trek: Alien Domain™, Federation and Klingon players are guided through their journey by a unique cast of characters.

Federation players will be introduced to Admiral Elton Smith and Commander Jenny Snow. Admiral Smith is in command of the Federation forces stranded in fluidic space. Among the first trapped there, he has created a sense of order in the new domain, and is responsible for organizing attempts to recreate the rift that will allow them to escape. Commander Snow is one of the leaders in Admiral Smith’s band of survivors, and primarily helps find and protect new arrivals, as well as bring them up to speed on surviving in fluidic space.

Klingon players will meet General Talmok and Commander Dukoth. General Talmok is the leader of the Klingon forces marooned in fluidic space. A veteran of many battles, he is less interested in a peaceful means of escape than he is in proving the might of the Klingon Empire, regardless of the dimension. Commander Dukoth is a young Klingon officer with a great mind for tactics, and despite his inexperience, Talmok has made him one of the key people in charge of the Klingon forces in fluidic space.

Of course, this is just the tip of the iceberg for the setting and characters in Star Trek: Alien Domain™. More information on the game will be revealed soon. Stay tuned to the official Facebook page and site for news on the next phase of Beta testing and future content updates.