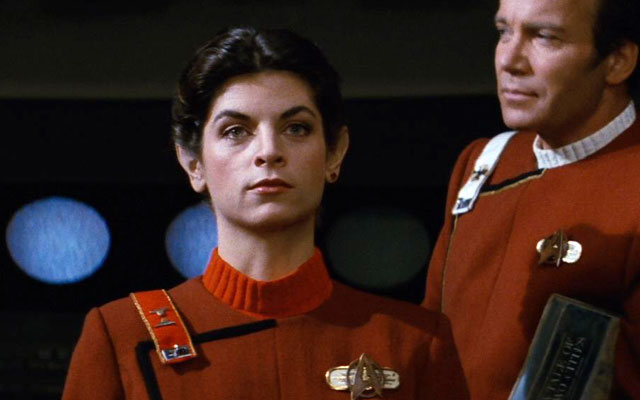 The actress, who made her feature film debut playing Saavik in the film, was offered the chance to reprise the role in Star Trek III: The Search for Spock, but declined to return. Following unfruitful contract and salary negotiations, director and star Leonard Nimoy decided to instead to recast the role of Saavik — ultimately hiring Robin Curtis to play the female Vulcan.

Alley would go on to have a very successful career, best known for her role as Rebecca Howe on Cheers.

As we do with many former Star Trek actors, we wished Alley a happy birthday on Twitter. Our tweet was met with a myriad of responses from fans, one of which said that she “has pretty much disavowed that she has ever appeared in this movie (Star Trek II: The Wrath of Khan).”

Alley personally responded and set the record straight, saying: “That’s not true..Star Trek was my first job and one of the most stunning moments of my life…forever grateful.”

@kittykat_kiki @TrekNewsnet That's not true..Star Trek was my first job and one of the most stunning moments of my life…forever grateful