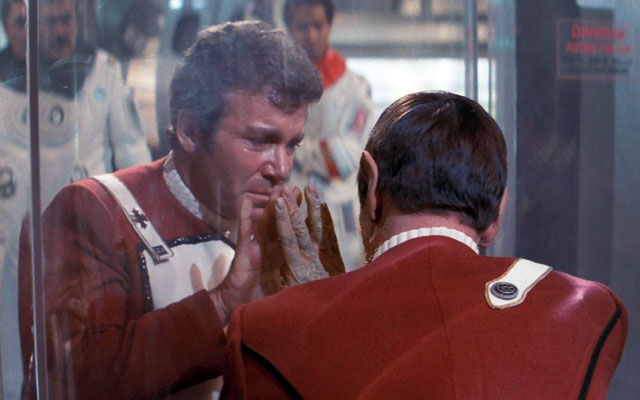 A love and passion for Star Trek runs deep in many of us. The characters, their interpersonal relationships, and the fictional universe, created by Gene Roddenberry, connected with us in a special way, at a special time. That connection could be fleeting, but for a large percentage of fans, it evolves into a lifelong fascination.

Under a Creative Commons license, YouTube user Brandon Fibbs recently produced and posted a video titled “Star Trek: 50 Years of Humanism”. The video compares and contrasts the human relationships of the Star Trek universe with our own, through six categories — including War and Violence, Racism and Discrimination, Religion, Morality, Death and Loss, and Exploration and Optimism.

The video clocks in a just under 15-minutes. According to Fibbs, “far more has been left on the cutting room floor than is presented here,” and that the original cut was close to an hour long.

You can watch the embedded video below.

No piece of art or entertainment has meant more to me than “Star Trek.” It continues to have a profound effect on my life and the manner in which I perceive the world around me. The half century of philosophical and metaphysical musculature stands as one of the most robust presentations and defenses of humanism ever conceived.

As with any project of this nature and scope, far more has been left on the cutting room floor than is presented here. In fact, the original cut of this video was roughly an hour long! My simultaneously euphoric and agonizing mission was not to include every perfect moment, but rather, find those moments that best represented all those I was forced to abandon. I hope I have succeeded in doing that here.

In this article:Fandom, Gene Roddenberry, Star Trek: The Original Series