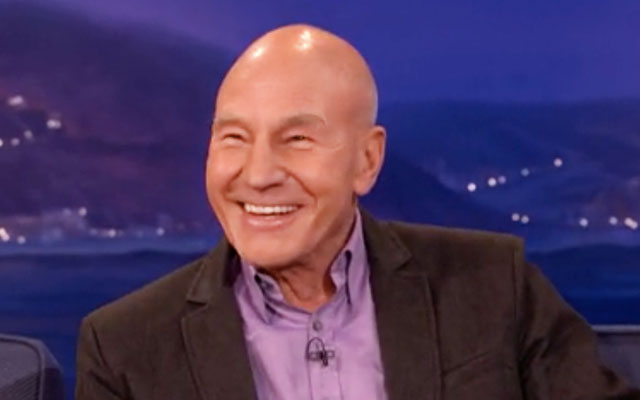 On Wednesday (January 14), Star Trek: The Next Generation‘s Sir Patrick Stewart appeared on Conan. Stewart’s knighthood, that he received in 2010, was one of the topics of conversation.

“It came in a brown envelope and it was put in a plastic shopping bag — with a whole lot of other mail — and when I arrived at my destination that weekend, I put it in the closet and found it ten days later” Stewart said of how he was notified of the honor.

You can check out videos from the appearance below.

Sir Patrick Stewart On Getting His Knighthood