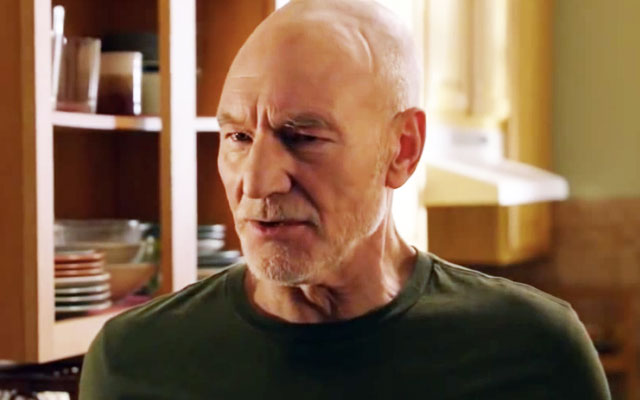 In a powerful performance, Star Trek: The Next Generation‘s Patrick Stewart stars in the new film Match, which was released theatrically earlier this month by IFC Films.

You can watch the embedded trailer below.

As a Juilliard professor is interviewed by a woman and her husband for her dissertation on the history of dance in 1960’s New York, it becomes increasingly clear that there are ulterior motives to the couple’s visit.

Patrick Stewart at the premiere of Match at the Tribeca Film Festival: