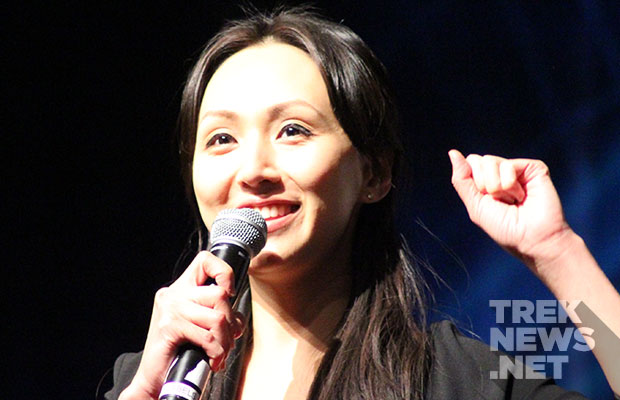 Park will play Inspector Zhang, who works with Beckett (Stana Katic) in the 17th episode of the current season, which will air in March.

[Zhang is] kind of like Beckett, except even better, so that puts Beckett in a bit of a tailspin – to be dealing with somebody who in her eyes is more accomplished and proficient.

In addition to Enterprise, Park has appeared on Women’s Murder Club, Starz’s Crash series, The Mentalist, NCIS and, most recently, Legends.

All four seasons of Star Trek: Enterprise are now available on Blu-ray: