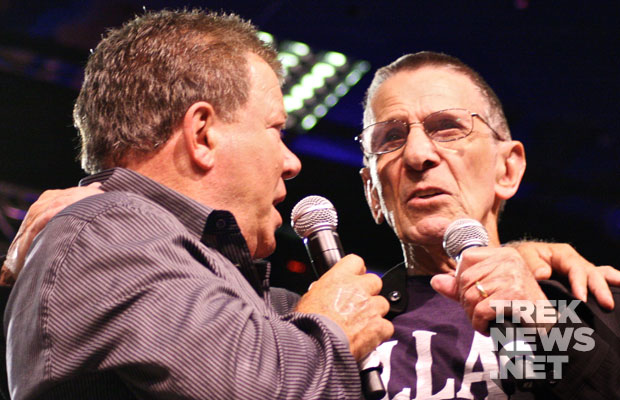 After Leonard Nimoy was hospitalized late last week, following complaints of “severe chest pains,” William Shatner and George Takei have taken to Twitter to send their well wishes to their friend and former Star Trek co-star.

I am uplifted by the show of love & caring tweeted to my dear friend @TheRealNimoy. I join the chorus of well wishers for a quick recovery!

My friend and Star Trek colleague Leonard Nimoy (@TheRealNimoy) was hospitalized with chest pains. Join me in wishing him a speedy recovery.

Last Thursday (2/19), the 83-year-old Nimoy was taken to the UCLA Medical Center, after a 911 call was placed on his behalf.

He announced last year that he’d been diagnosed with chronic obstructive pulmonary disease, or COPD, 30 years after he stopped smoking.

Nimoy tweeted the following on Monday (2/23):

In recent years, Nimoy reprised his role of Spock (Prime) in both the 2009 Star Trek reboot and 2013’s Star Trek Into Darkness.

As we did with our original report, we here at TrekNews.net wish Mr. Nimoy a speedy recover.